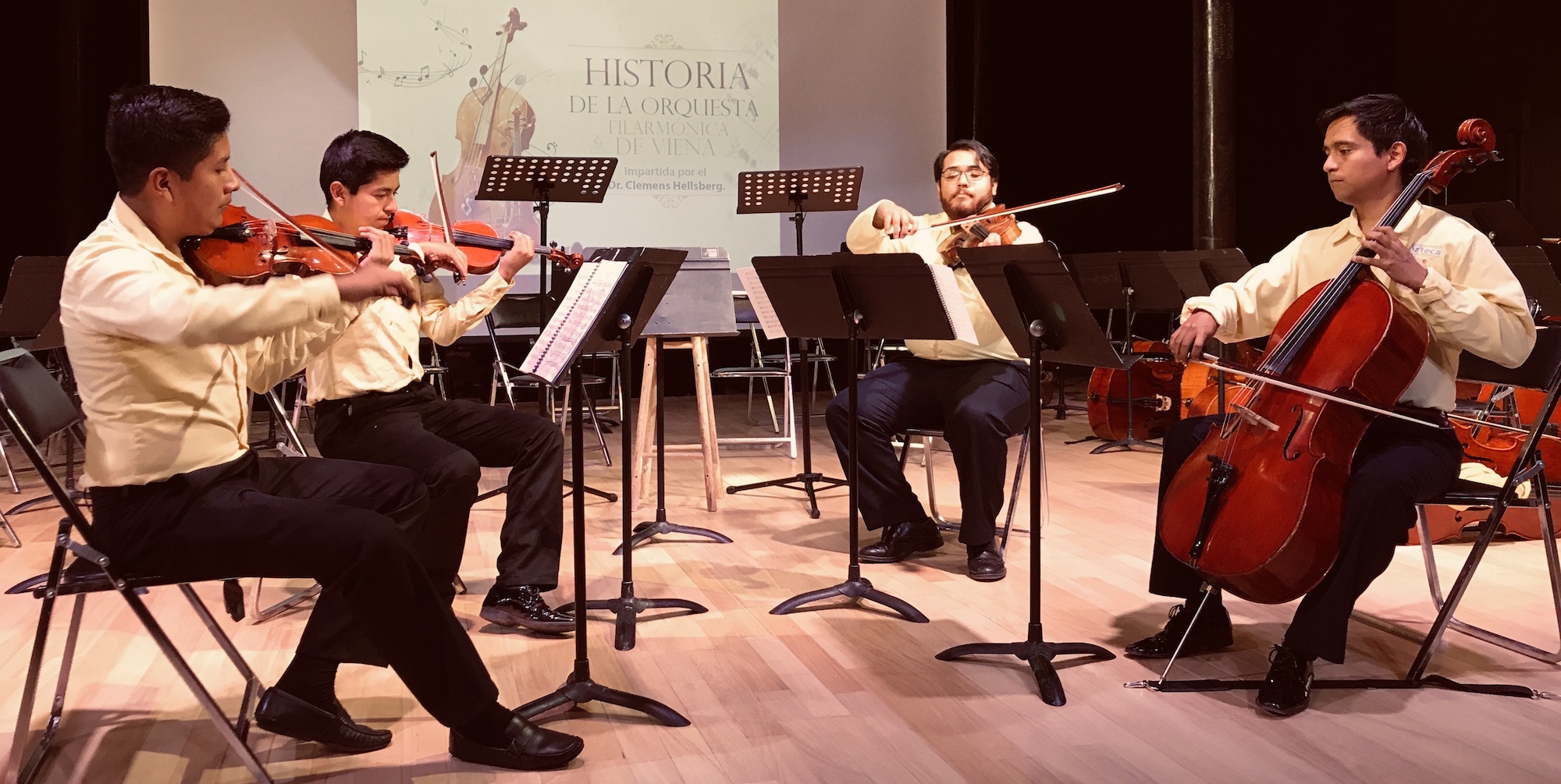 “Casa de la Música de Viena en Puebla”, Mexico’s Haus der Musik isalso the location and training center of the children and youth orchestra “Orquesta Sinfónica Esperanza Azteca“. There and all over Mexico, children and youths from socially disadvantaged families receive the chance to find their way into music and make music together. The ensemble was already able to impress audiences in the concert hall of the mexican “Casa de la Música”. Vienna’s Haus der Music is now very happy to welcome four young men from Mexico : “String Quartet Esperanza Azteca“—four out of a total of 13,000 children and youths who actively engage in music in the youth orchestras. In Haus der Musik’s inner courtyard, the string quartet will present an extract of their repertoire, with works by  Alexander Borodin, Franz Joseph Haydn, Silvestre Revueltas and Ludwig van Beethoven. 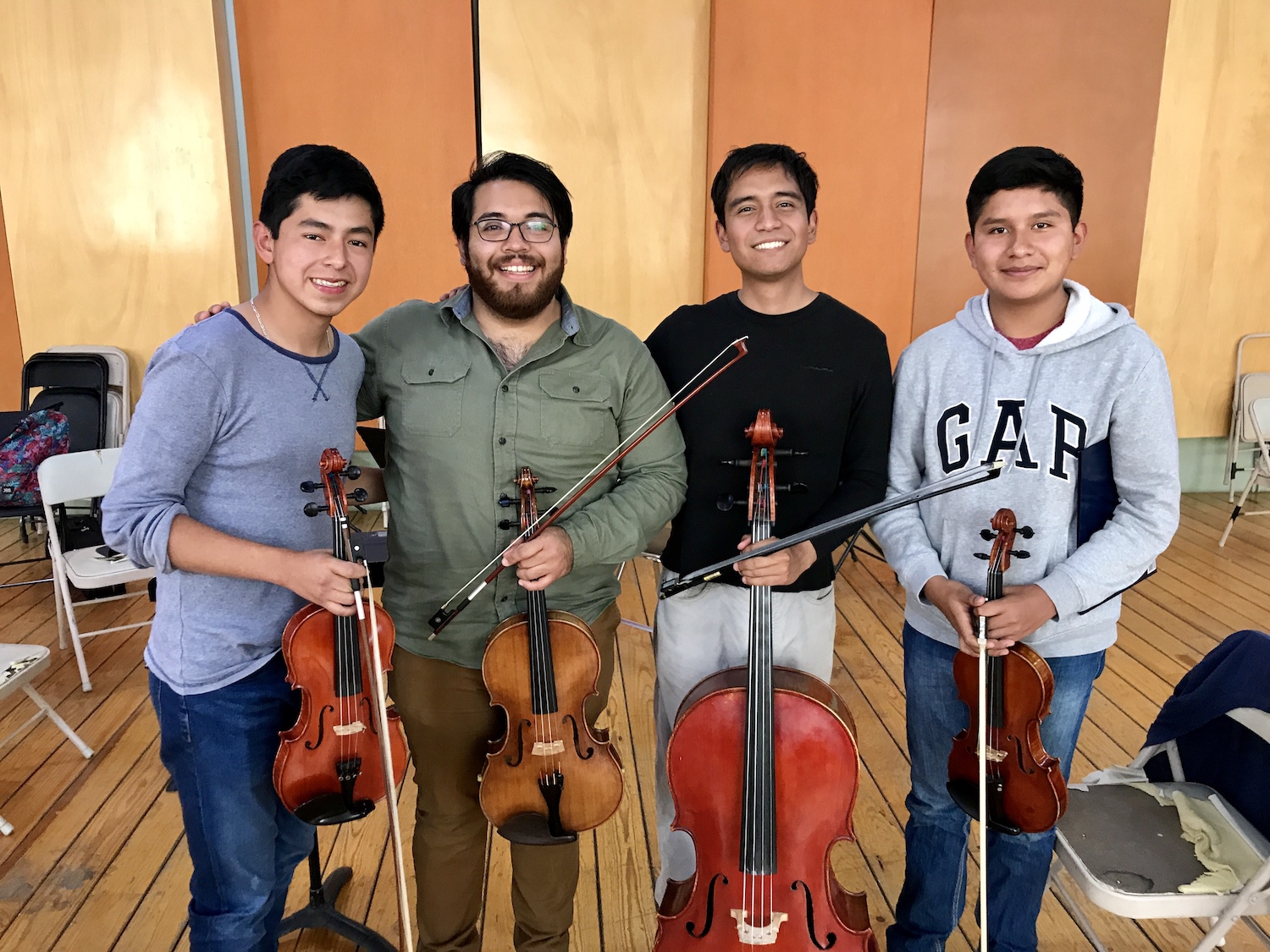 During their visit in Vienna, where the young musicians will be welcomed at the Mexican embassy, they will also complete a master class with members of the Vienna Philharmonic at Haus der Musik‘s concert venue. 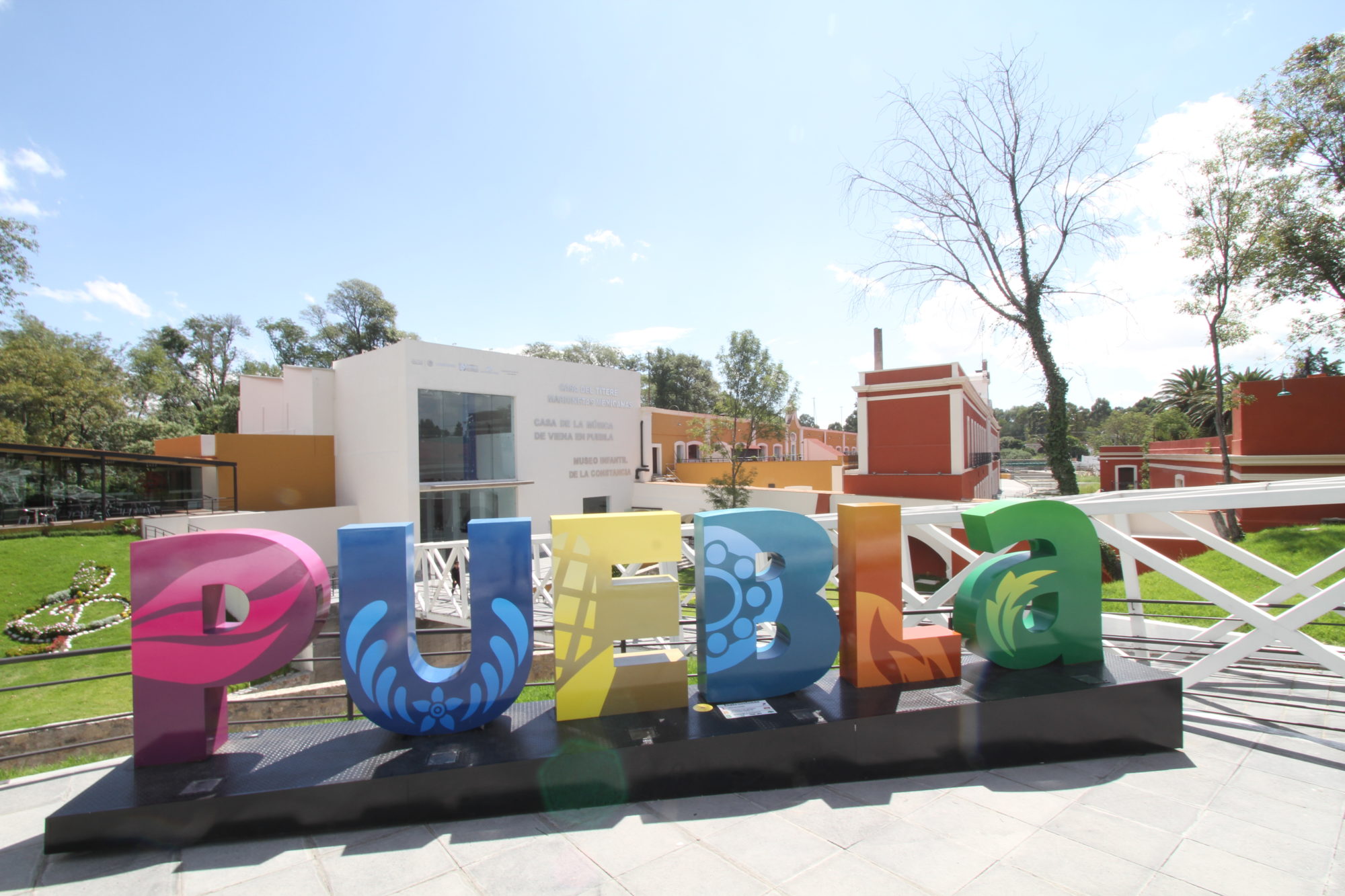 Haus der Musik is the first Austrian museum to have signed an international license agreement, allowing for the creation of an interactive music museum based on the Viennese model. It is located in the capital of the Mexican state Puebla, about 130km southeast of Mexico City. 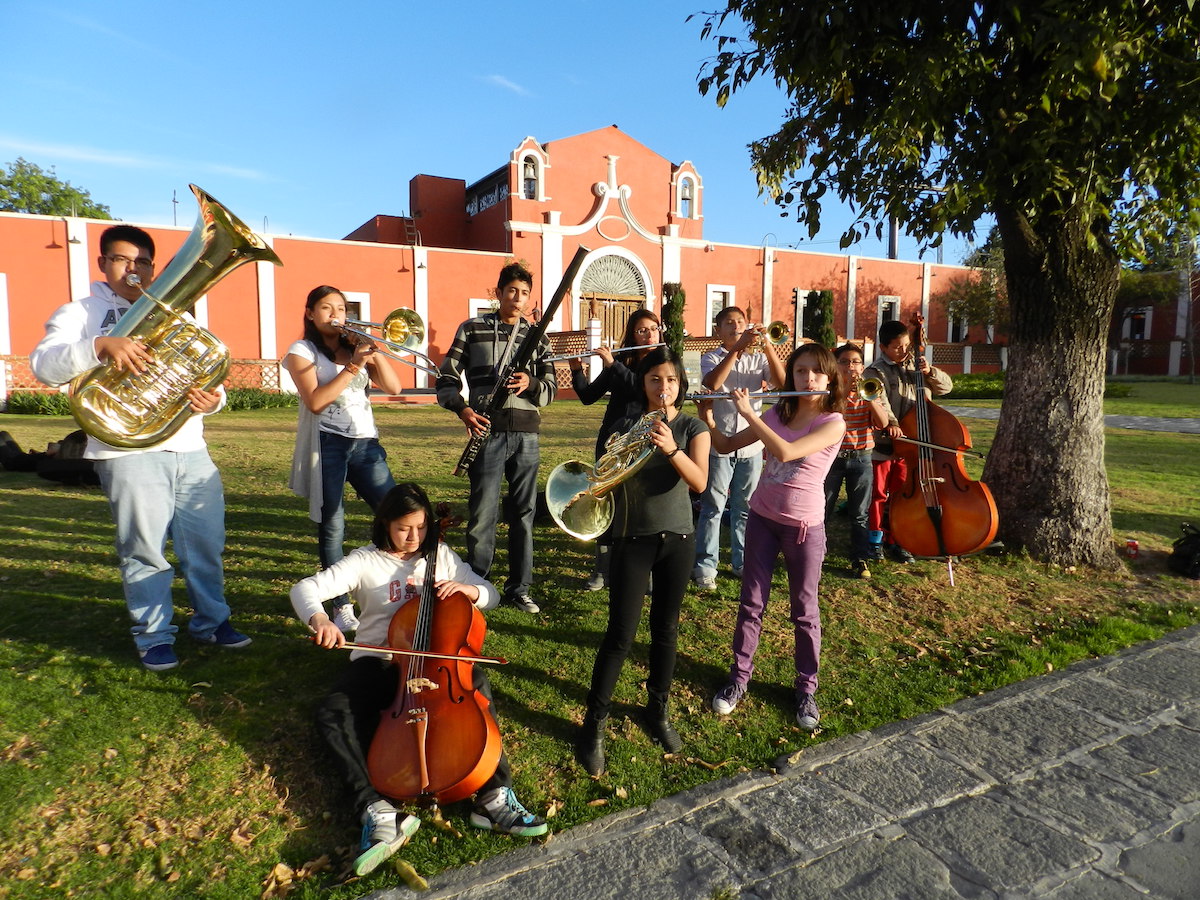 “Esperanza Azteca” was created by Ricardo B. Salinas Pliego and “Fundación Azteca”. The project’s intention is to pave the way into music for children and adolescents from socially disadvantaged families and for them to play music together and participate in orchestral performances. In Mexico, already over 13,000 children and 800 conductors in 62 orchestras are involved. “Casa de la Música” in Puebla is both a musical training institution and performance venue of “Orquestas Sinfónicas Esperanza Azteca”.

A Museum of Wien Holding